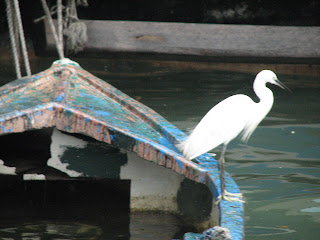 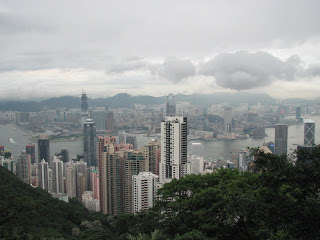 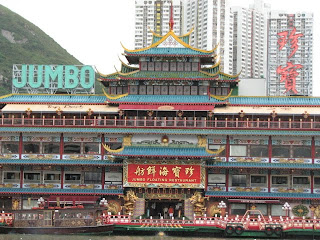 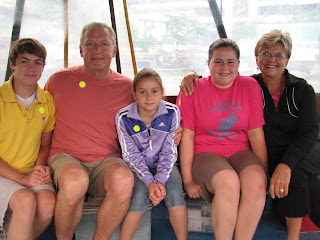 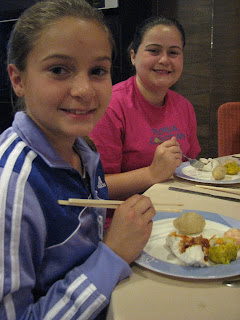 Well, Piper and I went to bed this morning at about 2:00 a.m. after finishing our first post and a bit of Nintendo. She is staying with Melissa and I, while Cole is with Bill, and Shelby is with Linda. If I understand correctly, Cole and Shelby are considered adults and you are not allowed to have more than two adults per room—hence the arrangements. We ended up having a bit slower morning than expected. Originally, we were to start our day with an early tour of Hong Kong with all the families adopting through CCAI (our agency). However, there has been a lot of rain so the tour was postponed until the afternoon. So, we had a great breakfast buffet, with both Western-style foods and traditional Chinese breakfast items. For those that remember the quote, like perhaps Neil or Jon, I think I heard someone say, “You have been here four hours, go home!” A few of us tried congee, a rice porridge, because it is something that Luke apparently likes. I suppose we may help maintain that heritage, although Piper and I would prefer that he just learn to love grits. We then just relaxed in our room and checked the blog. Thank you for the comments—it is really comforting and humorous to hear from home. Shelby and I ventured out for a quick tour but hurried back because of the rain, Shelby’s queasiness at some of the local food items out for purchase, and the persistence of a young man who wanted to fit me for a suit. We then had a dim sum lunch with the other families adopting through CCAI. There are 11 other families, a few of whom are here for their second China adoption, and all of whom are adopting girls. These families are all traveling to one of two other provinces than us, so we will not connect with them again until about one week from now in Guangzhou. We had lunch with a neat family from Richmond, who just moved from Denver, and has a son named Cole. Given the Morton/Awtry connections to those areas of the country, and the common “Coles”, we had a lot to talk about with them. Of course, when you travel with Bill and Melissa, the “natural networkers”, you are not going to have a difficult time connecting with people. So, lunch was great and everyone found some one thing that they were able to enjoy. The entire group then loaded onto a bus for the tour of Hong Kong. We went to Sampan to see traditional houseboats and fishing vessels-get Bon Jovi going in your head and envision a Chinese “Deadliest Catch”. From there, it was off to a jewelry factory. From there, a quick trip to an open market for some shopping, a gelato, a tour of a temple, and the kids’ first exposure to how different toilet configurations can be in foreign countries. At this point, we most of our family was really starting to slow down. Our last stop of the day was Victoria Peak, which overlooks the Harbour and Kowloon. Although a little cloudy, it was still an amazing view of Hong Kong. We saw a few pictures from 50 years ago and the growth and change is phenomenal. We loaded back onto the bus and headed back to the hotel. We were so tired that we passed on dinner reservations at Ruth’s Chris—a decision I regret even as I write to you now. Dinner was marked by Piper sleeping at Bill’s side and Cole with his head on the table. He did try to mumble something that sounded like the guttural beginnings of “blah” but was too tired and it just sounded like “bl”. Shelby was in a new restaurant, which brought with it the “What should I get?” conversation. And Bill, ever the optimist and memory-maker, still wanted to try to make it to a laser light show down by the river. We missed the laser light show and I suspect most everyone was asleep shortly after dinner—Piper and Melissa certainly were. I on the other hand have an outlet for my musings and am too excited to sleep. We get Luke in less than 48 hours! If I think too much about it, I will cry, and that is now how I earned my reputation as “the rock”. So, I think I will end here and get some tissues for my allergies.